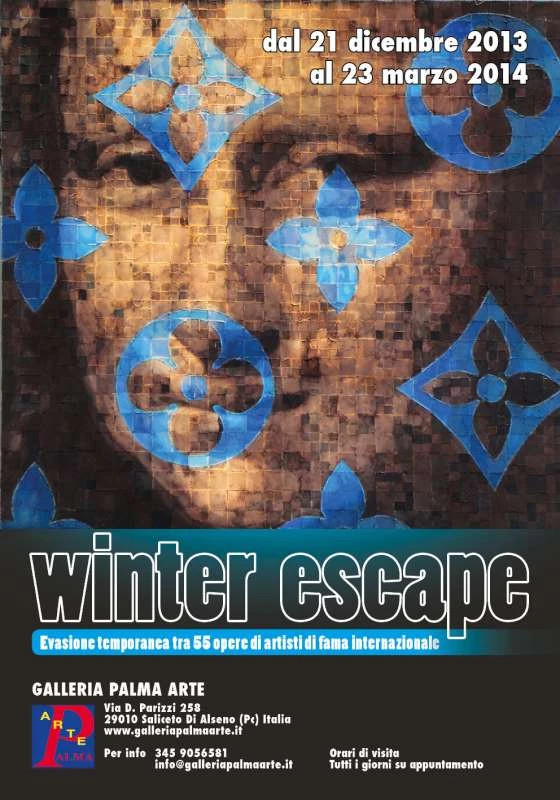 An exhibition that brings together the works of three masters in international contemporary art, united by a unique and critical message: evasion.
Gianpiero Gasparini, James Heatherdy Maria Grazia Surace. Evasion, to different degrees, in addition to being in all of us, is a basis of research and a course that the contemporary market has taken in recent years -a real need for expression. The three artists use different means to do this, but they all have the same objective: in accompanying  the viewer on a sensorial journey of reflection and rapture.
The dispersion and rearranging of shapes is the trait that unites their work, their sensitivity.

Seven mosaics by Gian Piero Gasparini which depict the most influential historical figures from 1500 to the present date, nine bronze sculptures by Maria Grazia Surace, and seven photographs in the patented Diasec technique and the well-known James Heatherdy with his modern vision and critique of the modern world is exceeding even the most optimistic expectations in the contemporary world.

The work which represents the exhibition, the Mona Lisa by Gian Piero Gasparini which portrays, disintegrates and accompanied by the symbolism of Louis Vitton symbolism was chosen by all the local newspapers as the icon of the winter art season in the provinces of Parma and Piacenza.