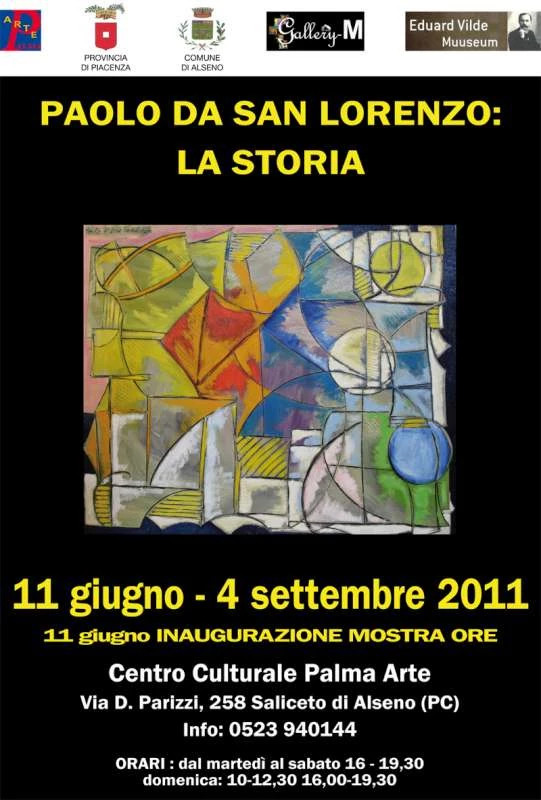 After years of waiting, research of works, the retrospective exhibition of the Master Paolo da San Lorenzo is finally here. The exhibition traces the artistic journey of one of the greatest post-cubist artists still alive today, from its Parisian origins in the 50s to the present day. For the first time, collectors, critics, journalists, can find historic and modern paintings by the great Paolo da San Lorenzo displayed side by side. The ‘icing on the cake’ of the exhibition are three museum paintings from the 1958-1960 biennium measuring 200x200 cm, four paintings from the series "Fragments" 100x100 cm from the 60s, two famous “Donne con Chitarra” paintings 60x80 cm - 1978, four “Finestre sul porto” "50x70 cm from 1995 to 1998, two “Bagnanti” 80x120 cm - 2002 and five abstract paintings of various sizes from 2005 to 2012. An exhibition designed and balanced to illustrate the changes in the series of paintings by one of the most outlandish modern contemporary artists, with the definite goal of enveloping the spectator in a breathtaking journey through stunning harmony of colour in long career of this great artist. In the preview dedicated and open only to the press, one of the most popular regional television stations opened the exhibition dedicated to the exhibition by quoting the words of a famous Italian critic: "A wise use of the most sophisticated and effective techniques in painting”. Some have spoken of the over exposure of oils, the overpowering of layers, but perhaps the secret lies in the unclassifiable effect of emotions given by the works on display. Transparent art, the key of the works of Paolo da San Lorenzo is none other than the gesture-sign (of touch). A hedonisic artist. Paolo da San Lorenzo is pleasure and a sheer thrill at the same time.
Download leaflet