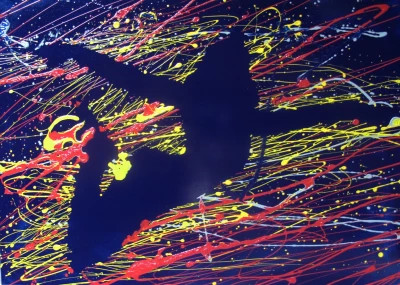 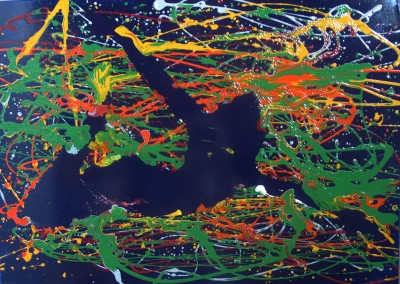 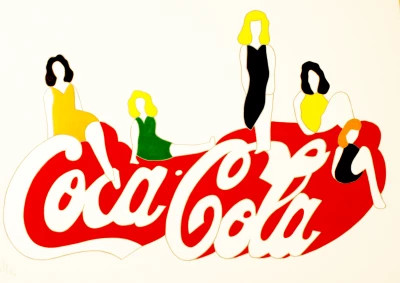 Marco Lodola is an all-round artist. He has collaborated with many different artists, show business stars, and musicians, among them Max Pezzali, Jovanotti, and Timoria, and has done scenography work for film and TV sets and scenic design for theatres and fashion shows. He conceived an entire world: Lodola’s pop world – his ingenious light sculptures originate from this realm of fantasy. To own one of his light sculptures or one of his flamboyant paintings is to have a piece of his world directly at home. 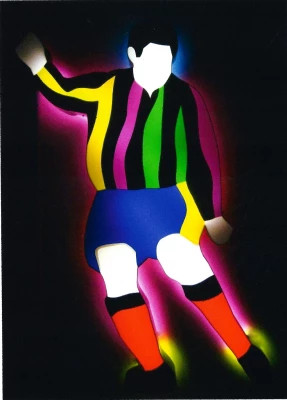 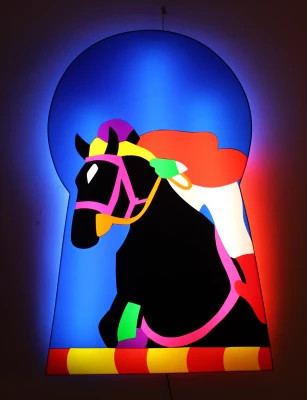 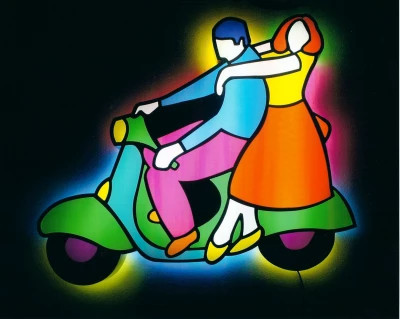 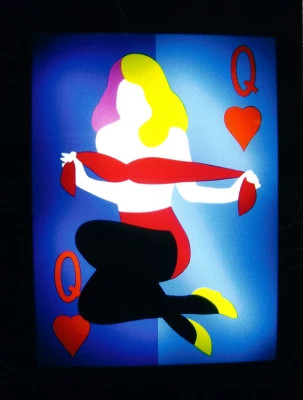 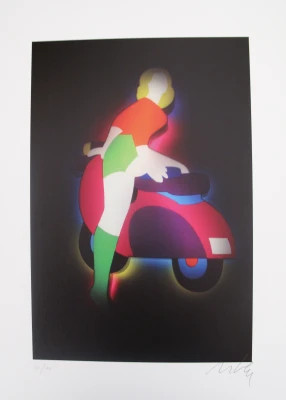 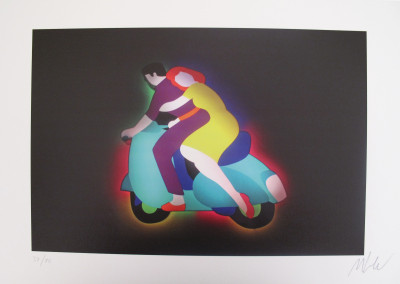 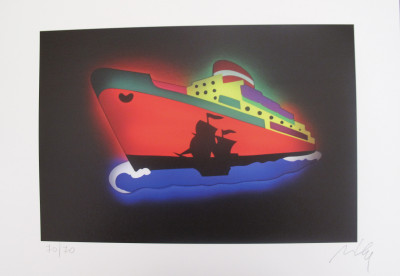 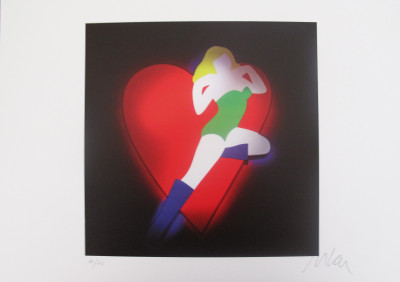 Born in Dorno, Pavia, Marco Lodola studied at the Fine Art Schools in Florence and in Milan. He successfully finished his studies by defending a dissertation on les Fauves, who, along with Matisse, Fortunato Depero, and Beato Angelico, were the key figures that most influenced his work.  In the early Eighties, in the premises of Luciano Inga Pin’s gallery, he and other artists founded the Neo-Futurism movement. The famous critic Renato Barilli was its chief theorist. Since 1983 he has been exhibiting his works in major Italian and European cities – Rome, Milan, Florence, Bologna, Lyon, Vienna, Madrid, Barcelona, Paris, and Amsterdam. Over the years, he has had the chance to take part in many expositions and engage in projects for important brands and businesses, such as Swatch, Coca Cola, Vini Ferrari, Tita, Grafoplast, Harley Davidson, Ducati, Valentino, Coveri, Fabbri, I Mirabili, Shenker, Seat, and Lauretana. He is currently regarded as one the most influential Italian artists.


Artists in the book: Marco Lodola.